Have you ever had the sneaking suspicion that the best fabrics are being withheld from us, the home sewers? Well, after a visit to the Nordic fabric fair I can confirm that this is exactly the case. Dang! I got a free student pass to the fair and got both overwhelmed by all the choices and consumed with fabric envy. Want some organic denim from Japan, bouclés that looks like they came straight from the Chanel runway or some blue/white sailor striped wool jersey to make an authentic fisherman’s sweater? Well it’s all there folks! And many other amazing fabrics, I was especially taken by the wast selection of organic fabrics and sweater knits, stuff that is super hard to find in regular fabric stores. The biggest Liberty fabric selection I have ever seen. Even the Liberty store in London doesn’t have this much fabric. Organic fabrics from Japan. Drool.
The atmosphere was totally different than the public fabric fairs I have been too. It was really quiet and subdued with discreet deals being made at the booth tables among fabric swatches and ring binders. Also the prices was of course much lower than in stores, no middle men mark up here, but the minimums were often pretty high. Though you could order sample lengths (5-10 meters usually), but then the price was often higher.

Want a zipper with stripes? No problemo. 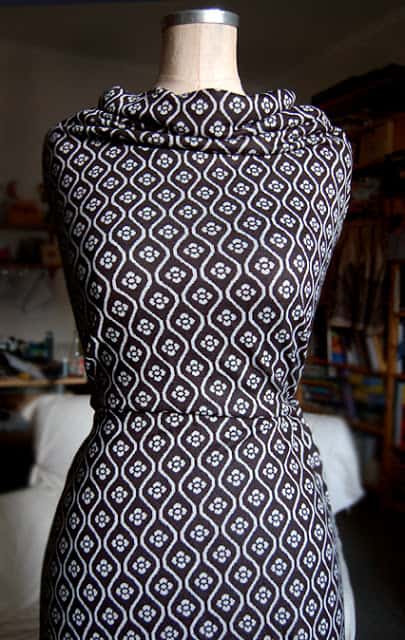