The last few years have been quite eventful for me when it comes to athletic adventures. As I am currently nursing (yet another) injury I thought it would be fun to do a blog post series about all the stuff I’ve dipped my toe into during the last few years. This first post will be about how I trained freestyle swimming, suffered a panic attack in the water and learnt a few lessons along the way.

When I began roller derby I already had a backup plan if I would get injured. That backup plan was triathlon, so when I broke my wrist I quickly decided to shift my focus. The main stumble block was that I couldn’t do freestyle swimming, because in Sweden we are only taught the breast stroke. The reason for that is that the breast stroke is better suited for life saving, which also says a lot about the Swedish mentality me thinks, I honestly don’t think any other country is as obsessed about safety as we are. Heck we even use it in branding, such as the Volvo cars!

Okay so back to swimming. I enrolled in a freestyle course (which meant I had to get up at 4:45 AM on those days) and a shocking thing happened – I turned out to be naturally quite good at it. This was the first time ever this had happened to me, in the past I have always struggled with learning new skills, be it tennis, drawing or learning to roller skate – It was always harder for me than most other folks in my group.

So I went to class dutifully and started to practice on my own too. I felt confident and even began to make big plans, maybe I could even try long distance swimming? But alas during my first triathlon I quickly discovered that swimming in clear pool water with straight lanes is vastly different compared to the carnage that is a mass start in an open water swim. Just a few minutes in I got kicked in the face by a fellow swimmer, which set off a very scary panic attack, I began to hyperventilate, my heart was racing and the remaining swim was a nightmare. I ended up doing mostly back strokes to help me release some of the pressure on my chest and it wasn’t until I got on the bike that the anxiety began to disappear.

During my second triathlon I was mentally prepared for the chaotic start, but I wasn’t quite prepared for big ocean waves, so again some anxiety happened. It wasn’t until my third triathlon that I managed to have a pretty relaxed swim and the joy I felt coming up from the water that third time was amazing. I even remember shouting “no panic attack this time” to my family and friends who was standing by the lake watching.

So that was the story about my (somewhat scary) road to learning how to do freestyle swimming in open water. Next time I’ll talk more about my triathlon experiences. 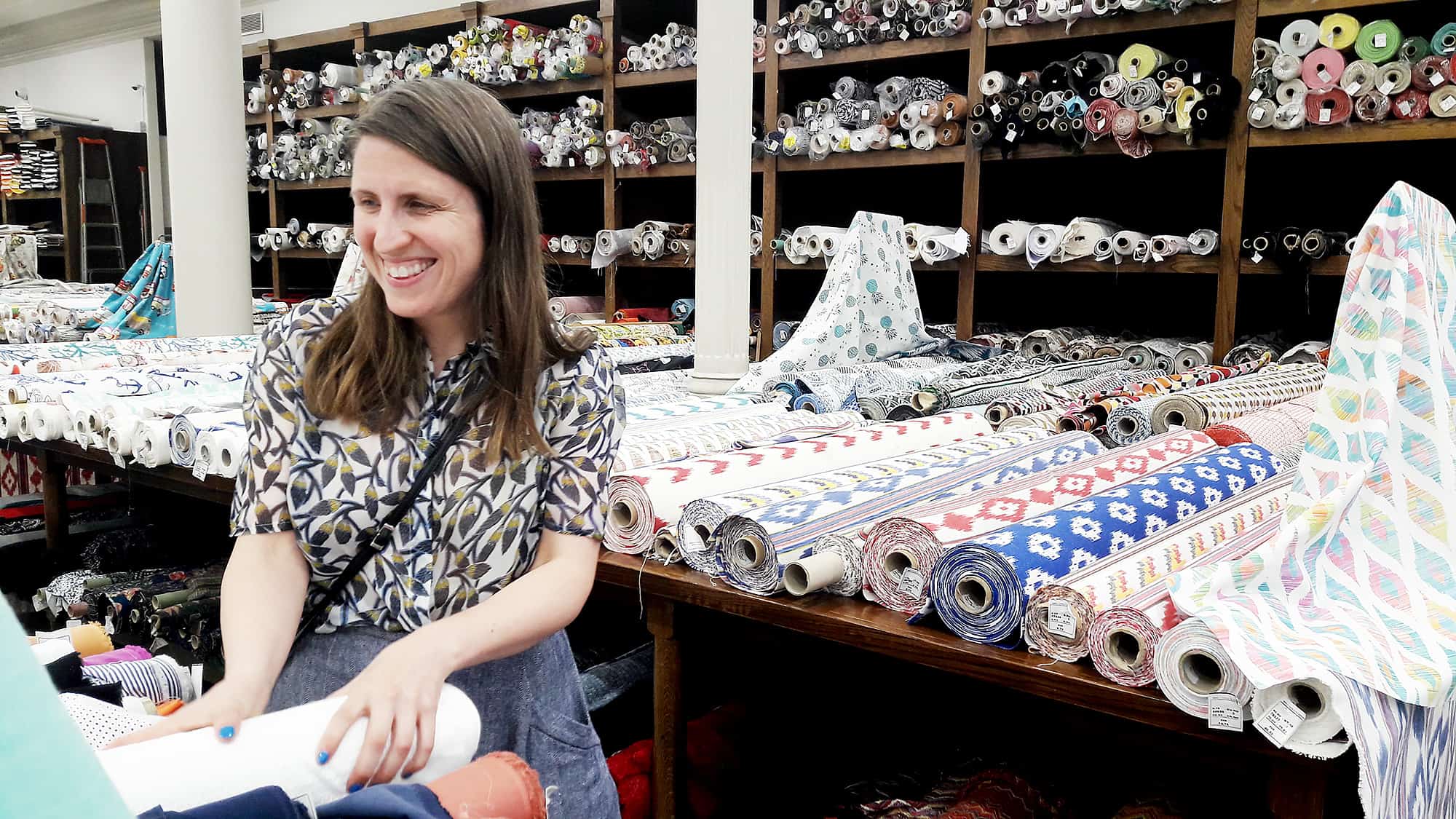 Sewing meetup and shopping in Barcelona

Video: Not everything about sewing is fun!

Working with what I got