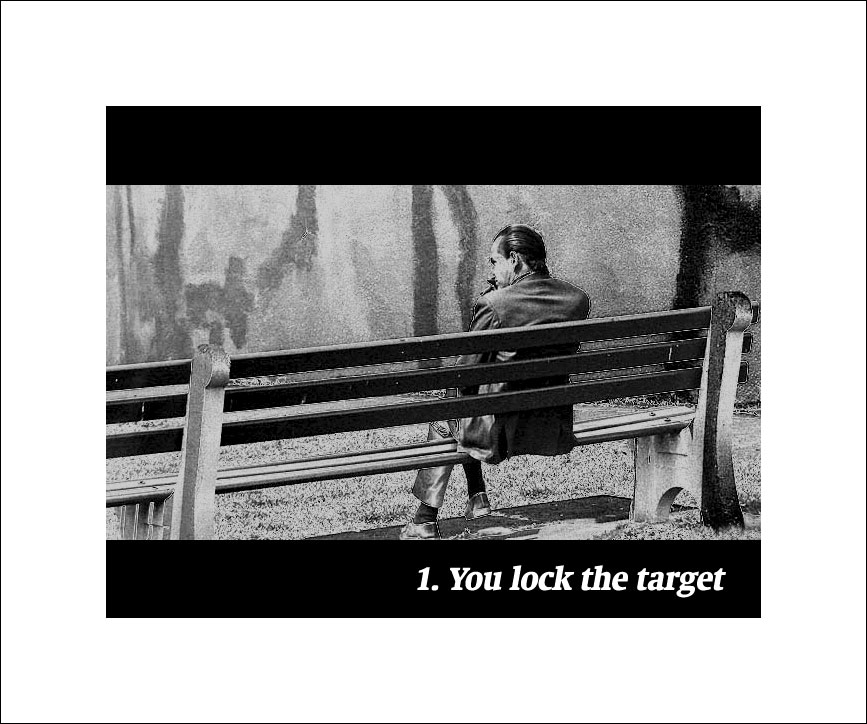 Know of the Belgian electronic mavens Front 242? They have been going strong since 1981 and has been dubbed fathers of Electronic Body Music (EBM). Although I have been a huge fan of electronic music since I first heard Depeche Mode and Yazoo in the early 80’s, I didn’t really fell for Front 242 back in the days, despite really digging songs like Headhunter and Quite Unusual. Instead I preferred their compatriots Neon Judgement. Fast forward many many years to when I met my boyfriend who is a huge fan of Front 242. He totally opened my eyes and I realized that the band has done loads of really amazing songs. 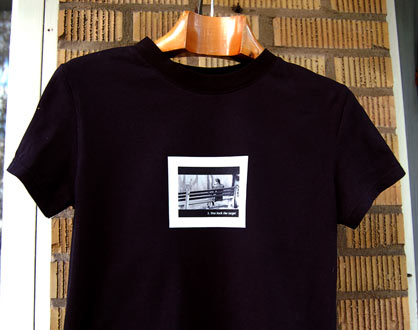 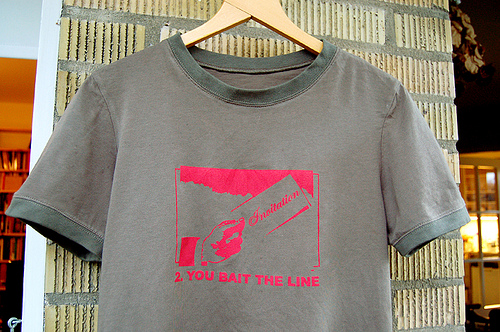 So how does this connect to the t-shirt designs above? Well their biggest hit Headhunter has a really suggestive refrain:

One you lock the target
Two you bait the line

Three you slowly spread the net

And four you catch the man

I got kind of obsessed with this 4-step plan and started to imagine different scenarios. So for my boyfriend’s birthday in 2007 I decided to design t-shirts for every step. The black one is obviously the first one, and the green one is the one I gave him this year. Two more to go!
Both are sewn by me using a brilliant t-shirt pattern from Burda (#7916).

The first design is a ink print transfer, that unfortunately has not stand the test of time in a satisfactory way (the transfer has peeled a bit).
The other is screen printed by me using the photo emulsion technique. I plan to write a tutorial on how to do screen printing at home in the future. 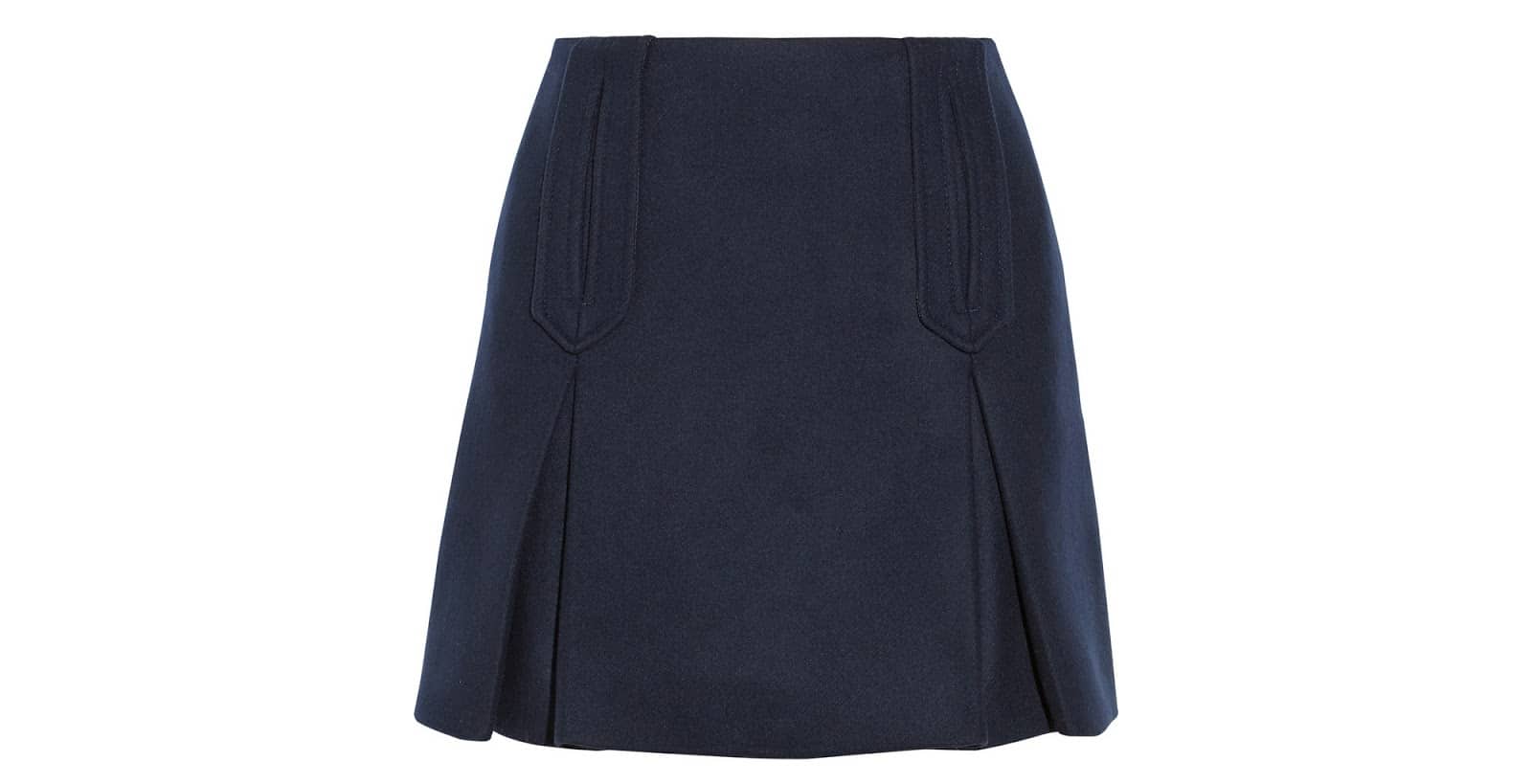 My copy of a Carven skirt 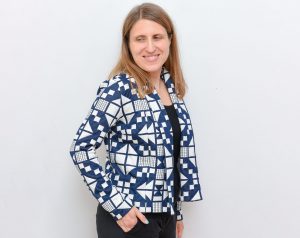