Happy New Year! I’ll celebrate that with an entire video devoted to my favorite Burdastyle magazine makes! Pretty much all my sewing patterns during the 80’s and 90’s came from German pattern magazines so they have a very special place in my heart. The styles were often more much on trend compared to the offerings of pattern companies available in Sweden at the time and the magazines were also dirt cheap, especially if I could score them in second-hand stores. Hence why pattern magazines were the perfect choice for a poor young student like me.

As a sidenote, the regular Burda magazine back in the 80’s and early 90’s was somewhat dowdy compared to the other big German pattern magazine, Neue Mode, so I only bought Burda issues when they featured designer collaborations. Once I even made a 60’s inspired ski overall designed by Karl Lagerfeld!

Pattern magazines has continued to be my main source of patterns, and these days there are quite a few more to choose from. So I’m not complaining (except maybe about the instructions, but you get what you pay for!).

Anyways this was a long interlude to my latest video where I share my very personal selection of top Burdastyle patterns ranging from 2004 to 2016. No Burdastyle trousers though, because I haven’t made enough of them to pick any favourites, but I do like the ski pants and the Burdastyle US Anita jeans pattern that I’ve made.

Also if you head over to YouTube you’ll find links to all the garments in the description box.

15
burda burdastyle sewing vlog
Made by me, Sewing magazines, Video 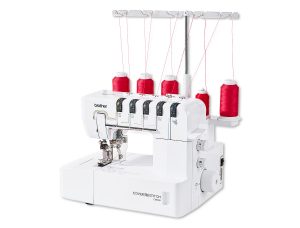 Coverstitch buyer’s guide: How to pick the right machine