Can’t believe it’s Friday already. Though I am very grateful that it is since this is my first week back at work. Exhausted is a too mild a word to describe how I have been feeling this week. But now I am aching to do a sewing project again. So I plan to start a jeans project that will also be a tutorial, describing the steps that are specific to jeans making. I am no expert by any means, but I have done my fair share of jeans now and I thought I’d share the tricks that I have learned along the way.

The jeans I am making will be a copy of a ready-made pair from Wrangler. I love the jeans to death and I have worn them in the same matter and now they are starting to deteriorate. And the style is discontinued.

Here are some product photos of the jeans in question: Not a fan of the suspenders though (they were included).
And here is a close-up of my pair: It’s all in the detailing.

As you can see the jeans are crazy tight, so I will use lycra denim and the Burdastyle pattern Anita as a starting point. That pattern looks skinny enough. Hopefully I will get the ball rolling this weekend so I can do my first update. Or perhaps I’ll just collapse in my sofa and don’t wake up until it’s time for the Madonna concert on Sunday. Last time she played in Sweden was 19 years ago, so when I was offered to buy a ticket last week from a colleague I decided to jump the chance. I am fan of her music and visuals, but my feelings about her in general is a bit conflicted. But I think it’s going to be a fascinating experience. 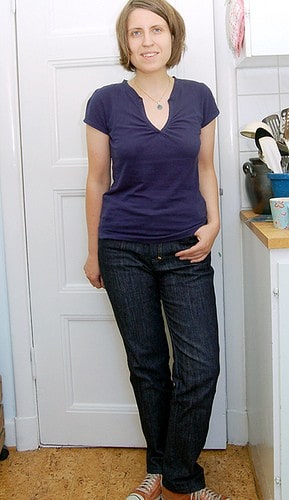 Video: How to sew patch pockets that looks great 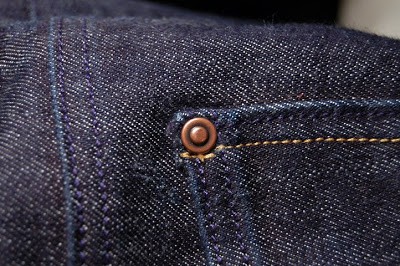 Looking for some new reading

How to Sew a Jeans Zipper with a Fly Shield