This method closely resembles the way jeans zippers are sewn in the garment industry, where you attach the entire zipper and shield before sewing together the crotch seam. So pretty much the opposite of most home sewing tutorial, but I think you’ll find this version very easy to sew!

BTW if your pattern lacks these pieces you can download the pattern templates I’m using in the video for free.

To learn more about jeans making, check out my book Sewing Jeans: The complete step-by-step guide which also has a step-by-step illustrated tutorial showing you how to sew a jeans zipper this way.

Cut the fly facing and shield.

Interface the fly facing, then overcast the round edge.

Sew the fly shield. With right sides facing, sew the bottom seam of the shield. There is no need to stitch and turn the side seam because it adds unnecessary bulk.

Turn and press the shield. Use a point turner to create a sharp corner on the shield. After pressing the shield you overcast the open side.

Attach the facing. Place the fly facing along the crotch edge on the left front piece, wrong sides facing. Sew a straight stitch to attach the facing, approximately 10 mm (⅜”) away from the edge.

Press the seam. First press the seam open. Then fold the facing under, and press over the edge to flatten the seam.

Topstitch the edge. Starting from the bottom, topstitch the facing close to the edge, around 3 mm (1/8″) in.

Place the zipper on the facing. The zipper pull should face towards the fabric, and the inner zipper tape should align with the crotch edge.

Stitch the zipper. Sew a straight stitch along the edge of the outer zipper tape.

Mark the outer topstitching line. The curve should end at least 10 mm (⅜”) below the zipper stop so that there’s enough room for the presser foot when topstitching. Use a stitching template to make tracing easier.

Topstitch the fly front. Starting from the upper edge, sew the outer row first until you reach the lower edge.

Turn and sew the other row. When you reach the edge, with the needle in the fabric, lift the presser foot and turn the piece 90 degrees. Sew along the edge for approximately 6 mm (¼”), pivot again and sew the inner row of topstitching. The entire fly topstitching should be one continuous seam.

Fold in the seam allowance on the right piece and press.

Attach the zipper. Place the folded edge on the zipper, with a few millimetres between the fabric edge and the coils.

Topstitch along the edge of the shield to secure the zipper. Basting will make this step easier. If the zipper tape is fairly narrow, use a zipper presser foot so that the stitching doesn’t catch the coils. On a wider zipper tape, a standard presser foot can be used instead.

Fold and press the lower edge of the left crotch. This is in preparation for stitching together the front crotch.

Place the folded edge on top of the right piece. Align the edges of the seam allowances.

Topstitch the crotch seam together. Starting from the lower edge, stitch the first row and continue sewing so that the stitch overlaps the fly topstitching.

Pivot the stitch. With the needle in the fabric, lift the presser foot and turn the piece 90 degrees, then sew approximately 6 mm (¼”).

Turn again and stitch the inner row. Use the presser foot toe as a guide to make the stitching even. The entire crotch topstitching should be one continuous seam.

The finished crotch seam. Notice how it overlaps the zipper topstitching. But you can also extend the stitching above the lower edge of the zipper stitching.

The finished zipper. Because the lower part of the zipper is secured with two rows of stitching, bar tacks are generally not necessary. But you can always add them using the methods described in the Stitching bar tacks section. 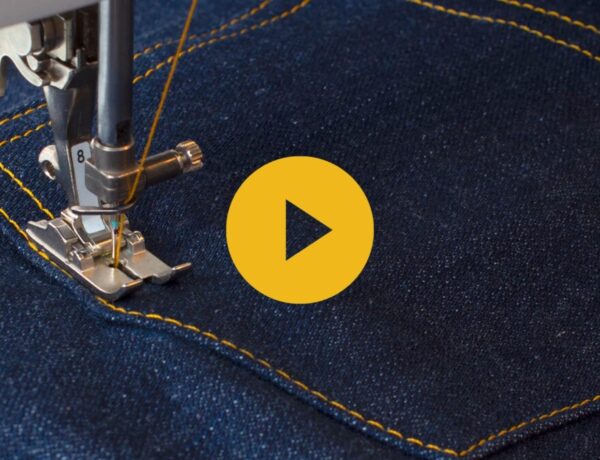 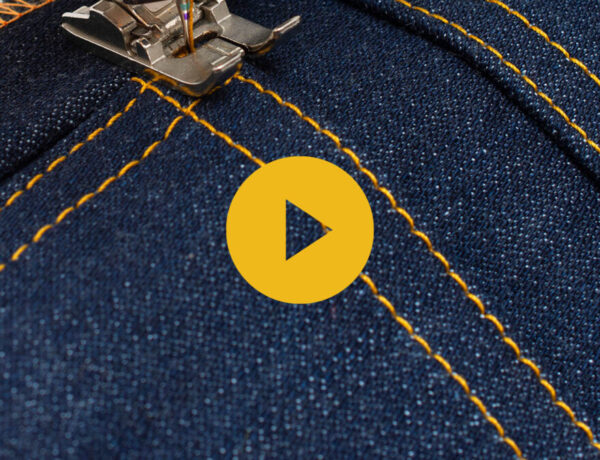 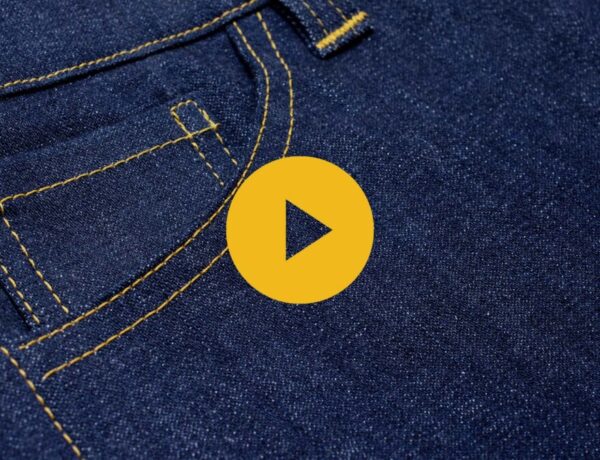 How to Flatten a Warped Cutting Mat