Eivy Sew-Along: Adding a Band to Cover the Neckline Seam

Have you made a knit garment only to realise that it would be nice to cover the seam allowance on the back neckline? Similar to what you can find on some more up-scale RTW garments.

This simple tutorial shows how to do just that, adding a band once the garment is finished. This tutorial is part of the Sew-Along for the Eivy Cardigan sewing pattern but you can of course it for any type of knit collar.

To attach a band that will cover the neckline seam you need:

1. Press and fold in one side of the band

Make a 1 cm (3/8 inches) wide fold on one side of the band. Do not trim the band just yet, we will actually cut the band later on, once we know the exact length that is required. Press the fold with an iron for a crisp fold.

2. Place the band on the facing

Place the folded edge of the band so that it extends beyond the shoulder seam and about 1 cm (3/8″) to the front shoulder. This ensures that we don’t have to attach the edge over a bulky seam, instead the band will be attached on a flat surface.

Tip: If you have already attached the facing to the shoulder seam, remove those stitches for now since it will make sewing the band tricker.

3. Baste the ribbon to the seam allowance

This is the genius part of this method. You will only sew the upper row onto the seam allowance, meaning that there will be only one visible seam on the outside of the garment (the lower row). This neat trick minimises the risk of uneven stitching.

The reason for basting rather than pinning is that it will just make sewing the band so much easier and accurate.

4. Trim the other side

When you reach the other side, place a pin at the same exact distance in on the facing. Then trim the extra, but keep a 1 cm (3/8″) seam allowance.

Baste the trimmed edge too. Remember to only attach it in the facing and seam allowance, and not onto the actual garment.

5. Stitch the ribbon to the seam allowance

Try to sew as close as you can to the edge. If you have a machine where the needle position can be moved I do recommend moving it to the left.

Tip: Use a longer than normal straight stitch length (I used 3 mm). Since you are sewing over so many layers, the stitch length needs to be longer to ensure proper feeding and nice stitching.

You might also need to guide the band with your fingers to ensure the stitching is even, this can be a bit tricky since the seam is narrow and you are sewing over a bulky area.

So go slow, check and adjust, this is the secret to precise stitching. And of course, make sure you are only sewing over the seam allowance.

When you are done, remove the basting stitches.

6. Baste the band to the garment

Yes, more basting. This time baste the remaining three sides of the band so that it is now attached to the garment and no longer floppy.

7. Sew the band to the neckline

Start at the edge of the band and sew down towards the lower part of the band.

Sew along the lover egdge. If you are using a contrasting band, you might want to use thread in the bobbin that matches the garment fabric.

I also strongly recommend switching to a narrow presser foot for this step (I’m using a zipper foot). Since the layers are so uneven, a regular foot will get tilted and that could result in bad stitching.

Again use a long straight stitch and sew carefully with the edges of the band as your guide. Finish off by sewing over the other edge. Backstitch properly to secure the stitch. Remove the basting thread.

The band does overlap the facing, but I honestly don’t think this is a big deal. After all, this is a “hack” that you can use if you realised that you do want coverage after everything else was already sewn in place.

And this is how it looks on the outer side of the garment. Not intrusive at all, and if you are sewing over sweater knits and such, you can hardly even spot the stitches

I think this type of neckline finishing is so beautiful and hopefully, this tutorial has shown you that it’s actually not that hard either.

BTW, if you prefer a knit collar that has the entire back seam allowance hidden and enclosed, without the need for facings or band, check out the Enclosed knit collar tutorial that is also part of the Eivy Cardigan Sew-Along.

And don’t forget to check out the other posts in the Eivy Cardigan Sew-Along series. 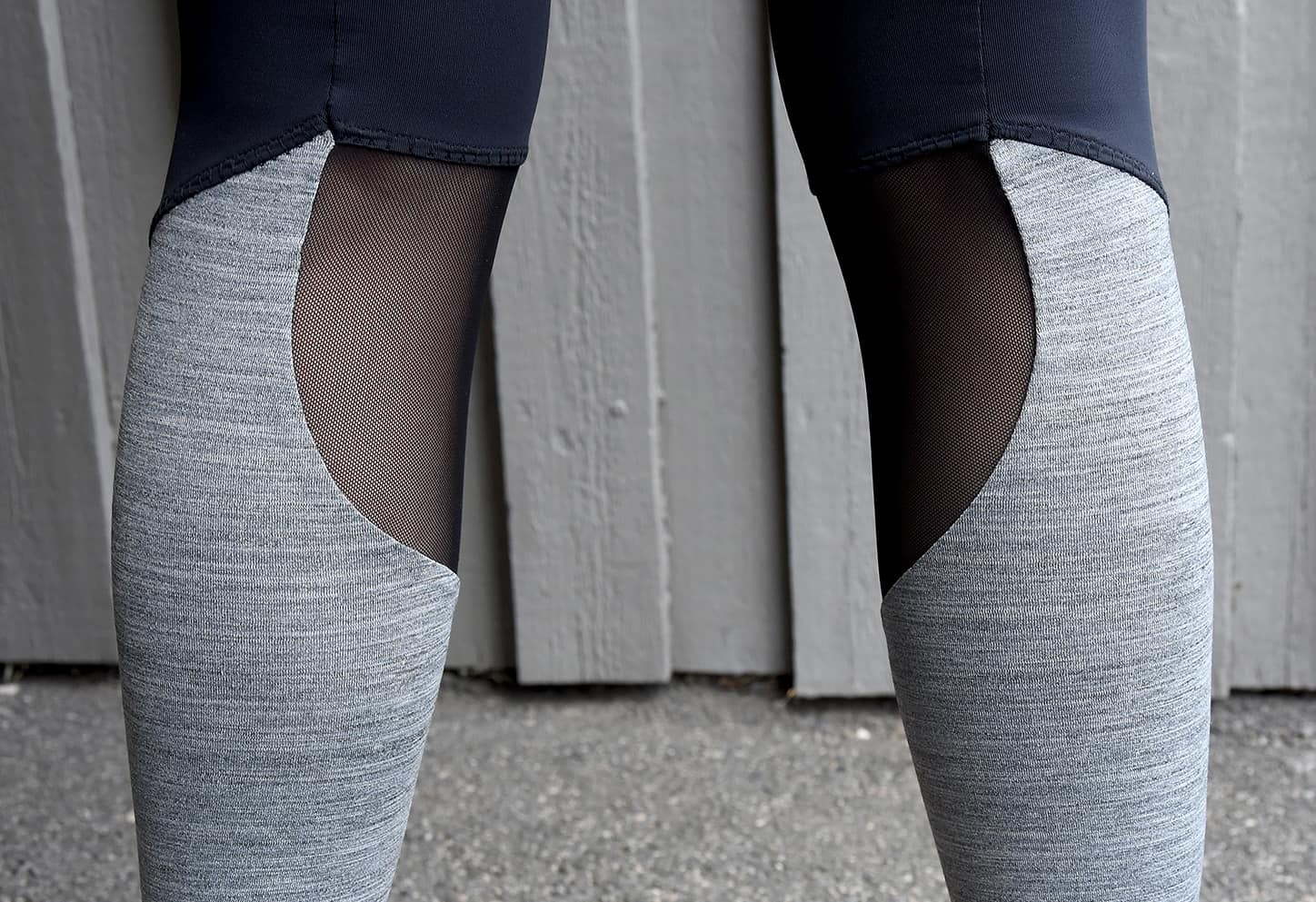 Tips on how to sew mesh inserts 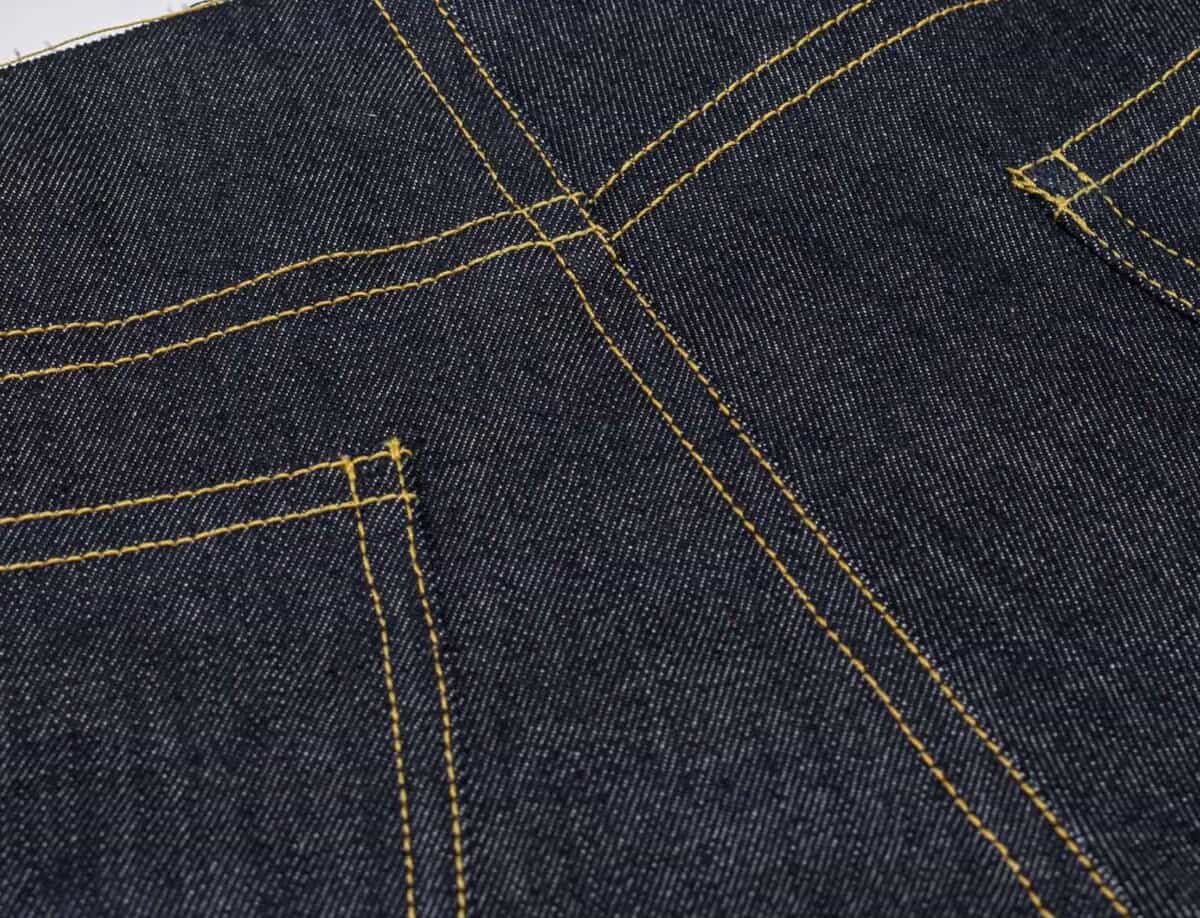 How to sew the jeans yoke and side seams 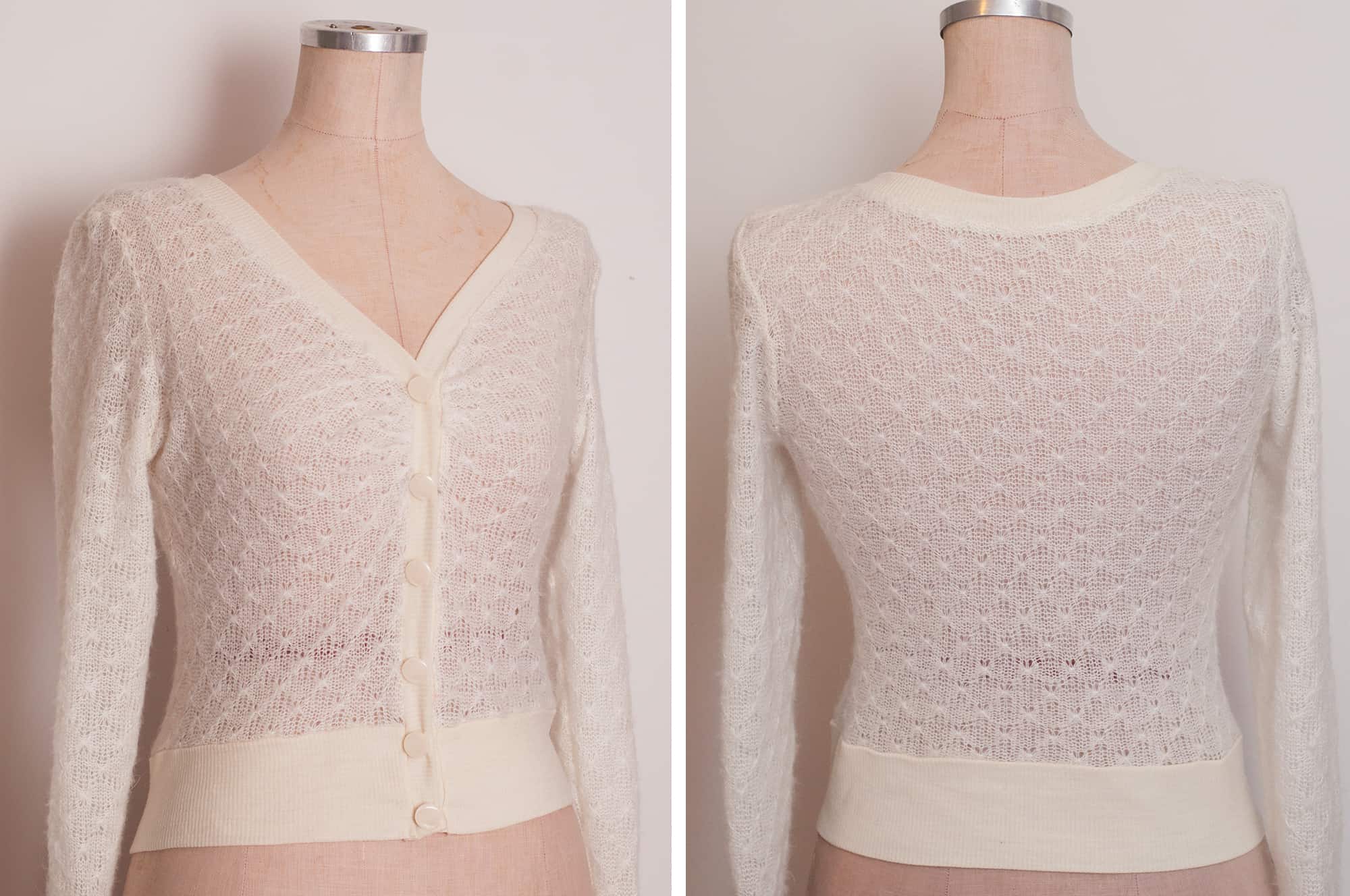 Five tips on sewing with ribbing